Have you ever given much thought to a parenting skill of your father’s that you appreciated, or thought was effective in making you who you are?

First, a short story from my brother Chris:

Dad and I were starting the building of the “stockade” (our very large shed).  It was just the two of us on this chilly Saturday morning. I was afraid that I wouldn’t measure up.

We were walking down the driveway when his first order came.  “Do everything I do” he said. “OK” I replied. He then started skipping.  I obeyed.  Next came hopping, followed by walking in circles.  This was a good ploy.  I now think that he detected I was a little nervous.

My father was project oriented.  These projects brought him joy. He made them interesting.  He did not do them alone. He always wanted help. Everyone in our family was acutely aware of the often life changing phrase “got a minute?”.  If we were less than enthusiastic (we were kids, we were often less than enthusiastic) he would start to add, “It’ll be fun….we’ll sing songs”. This was heard daily and sometimes sent everyone scurrying like mice looking for the exits, pretending that we were a bit hard of hearing.  My trained, substandard ears now cause me a little trouble with my wife. A tribute to his skill, however, was that he often did make the projects interesting, and we did them together. Perhaps one of his best qualities was that he was not too picky about how they got done, so therefore, the labor that the kid did, stood as an accomplishment, not to be redone by the expert.  The kid could be proud of it, even as it fell down in a heap. It quickly became a sense of pride, however, to make something that did not fall down in a heap. Dad enjoyed and was proud of his work, and so we became too. 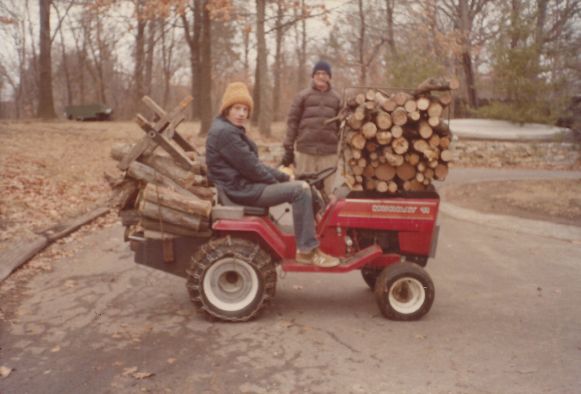 I learned to appreciate this when I witnessed difficult relationships between some other parents and their sons.  I saw fathers ordering the kid to do some chore. The kid was supposed to do it by himself as the father was off doing something else.  Let the fight begin.