When the family dog that I grew up with, Hector, got into his later teens, life got rather rough for him.  Besides many of the ailments and infirmities that come with old age, he had some skin condition where he would scratch himself raw.  For all I know, his skin thing might have been curable but our dog didn’t spend much time at the vet.  On the rare occasions he did go, he always seemed to think that we were about to kill him.  On his last visit, we proved him right.  Smart dog.

Anyway, the poor guy was miserable and mostly blind.  We figured it was time.  We made the appointment.

My dad dug a grave for him up in our field, under a shade tree.  My dad loved to dig.  Despite being a very successful business owner, he would actually say that he sometimes thought that ditch digger was his true calling.  As he continued to dig, I was starting to wonder if I was going to need to bring out a ladder to get dad out of the hole.  As dad was digging, Hector slowly waddled up to sniff, and wonder what the heck was going on.  That seemed a bit weird, if not unsettling.

My dad and I arrived at the vet, with Hector on his leash, to find that the waiting area was packed.  There seemed to be an inordinate amount of entire families with their beloved pets.  I felt like we garnered some attention as we were called back sooner than most.  The procedure was quick, amazingly quick, eerie actually.  We brought a cardboard box to bring him home in.  Unfortunately, we failed to bring one of the proper size.  We put him in on his back and tried to close the lid the best we could, with four legs sticking out the top.  It was a ridiculous image.

Now I found myself, only a few minutes later, carrying said cardboard box back through the same waiting room.  All the same families were still there.  The room got silent.  Even though I loved the dog and was sad about the event, the ludicrousy of the present situation was making me want to laugh and say “next!” 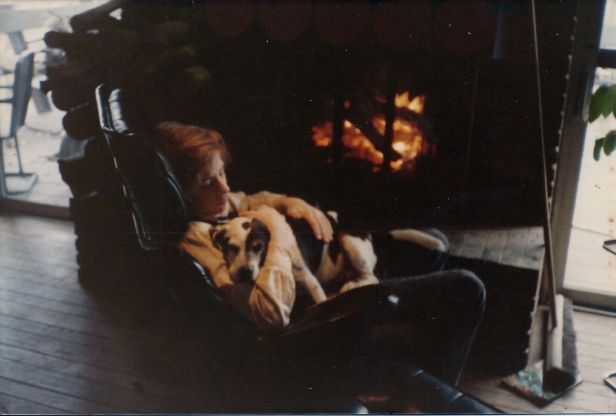